BRECcIA’s Kenya team organised virtual and face to face sessions under the BRECcIA 2020 hybrid policy summer school, as did our Malawian and Ghanaian counterparts. The Kenya summer school was organised with both face to face and virtual sessions, with virtual sessions covering issues around writing policy briefs, public engagement and regional and international policy processes including the Sustainable Development Goals (SDGs). The face-to-face session was conducted individually by the country teams. Policy makers who were relevant and/or involved in the various SRP projects were invited to participate. Participants were from a wide range of areas focusing on those in national and county governments as well as non-governmental organisations such as the ASAL (Arid and Semi-Arid Lands) stakeholder’s forum and AFIDEP. Those who could not attend the face-to-face sessions were able to join virtually on zoom. The session was meant to serve as a practical way for the Early Career Researchers (ECRs) to gain skills in engaging with policy makers. Objectives of the Kenya policy summer school session included presenting evidence from Kenyan Small Research Projects (SRPs), engaging and networking with policy makers on how to impact policy using evidence gained from our research, and to develop synergies and collaborative links with policy makers in food and water security.

The session was a success, with skills having been developed in policy engagement, a Kenya policy brief on sustainable food and water security in ASALs having been drawn up, and a network created for the purposes of future policy development.

The workshop sessions were organised around groups of Small Research Projects, with the SRP leads giving 10-minute presentations and question-and-answer sessions. The first series of presentations were from Dr Fiona Ngarachu, Dr Daniel Naburi and Sospeter Wekesa.

From the first discussion session, some of the emerging questions were:

1. On the trends in climate variability and land use change SRP led by Daniel, there was interest in whether there was any trend analysis of how the reduction [in floods] is happening and what the emerging issues around floods were, and its effects.

2. On the building capacity for policy uptake as well as the seed policy SRP led by Fiona, there were questions around whether information was being gathered from policy makers and NGOs about how the emerging issues around food and water security policy should be addressed. Part of the discussion included the quote below around capacity development:

On the seed policy SRP, one of the attendees asked:

These are important questions that will be addressed in the more comprehensive analysis of the data collected under the seed policy SRP and for future follow up research under the SRP with stakeholders in the seed industry in Kenya.

On the analysis of food insecurity contributing factors SRP, one potential interesting question that was raised was,

“What is the amount of water that dryland counties actually require? – In terms of degradation – drivers are largely known, interesting questions could be on land power bargains?”

During the first morning discussion session, a number of general issues that were beyond the specific research projects were brought up. Firstly, how can we have policies that consider both the interest of people and the sustainability of wildlife? This issue came up in the context of water conflicts between wildlife and domestic use, with the feeling being that wildlife in Maasai Mara are given the priority.

Secondly, while acknowledging that research is often driven by competing interests, it seemed that there is little interest in the sustainability of community livelihoods. As they stated, “It is the communities’ request that the research should emerge from community perspective where the rights of local communities are taken into consideration”

It was also noted that there is a need for additional research projects to address issues that are emerging that are beyond the scope of the BRECcIA project. For example, research on indigenous foods and their links to longer and healthier lives. This also ties in to harnessing indigenous knowledge for sustainability in dryland areas. For instance,“when a donor comes to build water, sites identified by the older generations tend to last longer.”

There is also the need to acknowledge that government operates differently to academia. The reality of government is that a lot of work is done by consultants. Multi-billion projects can be implemented on a baseline survey of as little as two weeks. So, the question that arises is where are we going to get ‘space’ as academia to influence policy? One of the policy makers noted that “until academia immerses itself to where the people are, most of the policy will come from politicians.”

The second morning session had presentations from Dr Francis Oloo and Moses Karugi.

3. On the hydrological dynamics of food and water security in Wajir county, one question that was raised was that while GIS and remote sensing data is important, there is a disconnect between resource managers and spatial information. For instance, tree cover in Turkana is consistently reported at 3%, [which may not be the case] so how long does it take to generate spatial information to influence policy?

During the second morning discussion, several recommendations on how the BRECcIA project can work with policy makers were discussed. Firstly, they indicated that “we are looking for specific recommendations and conclusions that can be implemented in the counties.” One of the recommendations that was suggested from the stakeholders was to develop a research and innovation fund within the counties. There was also the suggestion that the project should target county strategic plans and county fiscal policy papers which are used for budgeting and planning. Moreover, it was indicated that recommendations can be achieved by involving county executives in the respective counties, the relevant county departments can pick the recommendations and implement in county memos. Secondly, they noted that issues in one county, such as shrinking water resources in West Pokot county could have impact in other counties such as Turkana.

It is therefore important to engage the council of Governors and push the county governments to look at natural resources from a regional perspective. Moreover, it is better to consider county specific policy briefs as well as national ones and working with existing local structures especially at the ward level. This is especially important as BRECcIA is at the mid-point of the project and does not have to wait until the end to contribute to policy. Indeed, there is no specific policy that addresses the needs of pastoralists. It was also stated that the conflicts between crop production and pastoralism in the drylands also need to be investigated. One example of this is the cutting down of trees for agricultural land which are in areas for foraging of livestock. This also affects recharge and contributes to salinity of rivers, leading to greater conflicts.

In the afternoon session, presentations were done by Prof. John Obiri and Dr Kaleb Mwendwa.

4. On the Invasive species SRP, discussion was focused on the fact that it may be effective to research on and propagate species which are indigenous to the drylands and which can provide forage to compete with the Prosopis Juliflora and other invasive species. They also noted that BRECcIA was making good contributions to biodiversity, climate change and the environment.

The rest of the discussion focused on policy, research and donors. They noted that a lot of developments on the ground are donor led, by agencies such as UN and FCDO (replaced DFID in September 2020) and it would be good to work with such institutions to promote evidence-based policy. Moreover, one challenge is when policy makers feel that research is being duplicated and that it is only researchers themselves who benefit from the research initiatives. One solution to this is to have a common repository of research to ensure that there is no duplication of research.

NACOSTI is currently trying to standardise the repository for all research conducted in the country.

Pertinent issues from the workshop

In summary from the discussions, there were multiple issues raised from the workshop as highlighted below:

· Strong partnerships – if one of the outputs is policy, key partnerships are important to actualise their implementation. Researchers – Policy Makers – Stakeholders (end beneficiaries on the ground)

· Advocacy is a strong method to bring impact

· Interventions – how do you harness the skills to target a particular intervention?

Hybrid sessions – While the combined face to face and virtual session worked to have as many stakeholders as possible attending, there were challenges in the delivery. The workshop room was not set up for virtual engagement, so we had to make do with a laptop. As we were using only one laptop, it was difficult for the online attendees to be visually engaged throughout all the sessions.

Engaging with policy makers – Clarity in what the “bottom line” is. One of the stakeholders raised the issue that we need to be clear on what it is we want from them as a project and also through the individual research projects. So that they can then be able to advise on what is feasible, and where they can also come in. The key question was: “what do you want us stakeholders to do?”

Clarity about the research gaps – The other issue that was raised is that “what is really new/novel about the research that BRECcIA is doing?”. This is in relation to the point raised above in that we need to be clear about what is different about BRECcIA so that we can communicate this to the policy makers/stakeholders. This would assist policy makers in knowing what they need to do in actualising the policies.

Consider the “key stakeholders who can move the conversation forward” – It is important to mobilise the relevant stakeholders such as lobby groups, activists and civil society to push for particular recommendations.

KBC TV (the national broadcaster) were able to attend, and conducted interviews with Prof. John Obiri and Dr. Francis Oloo. 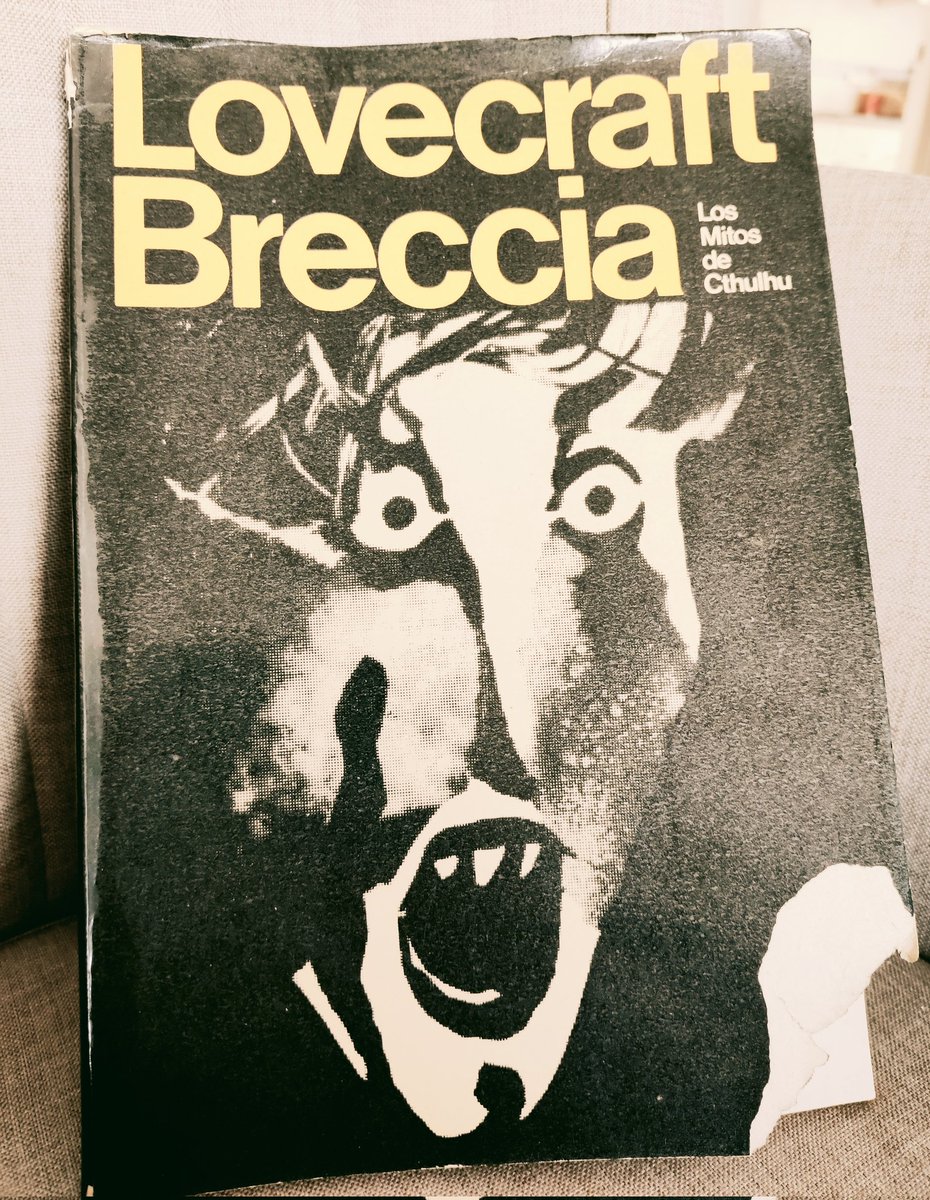 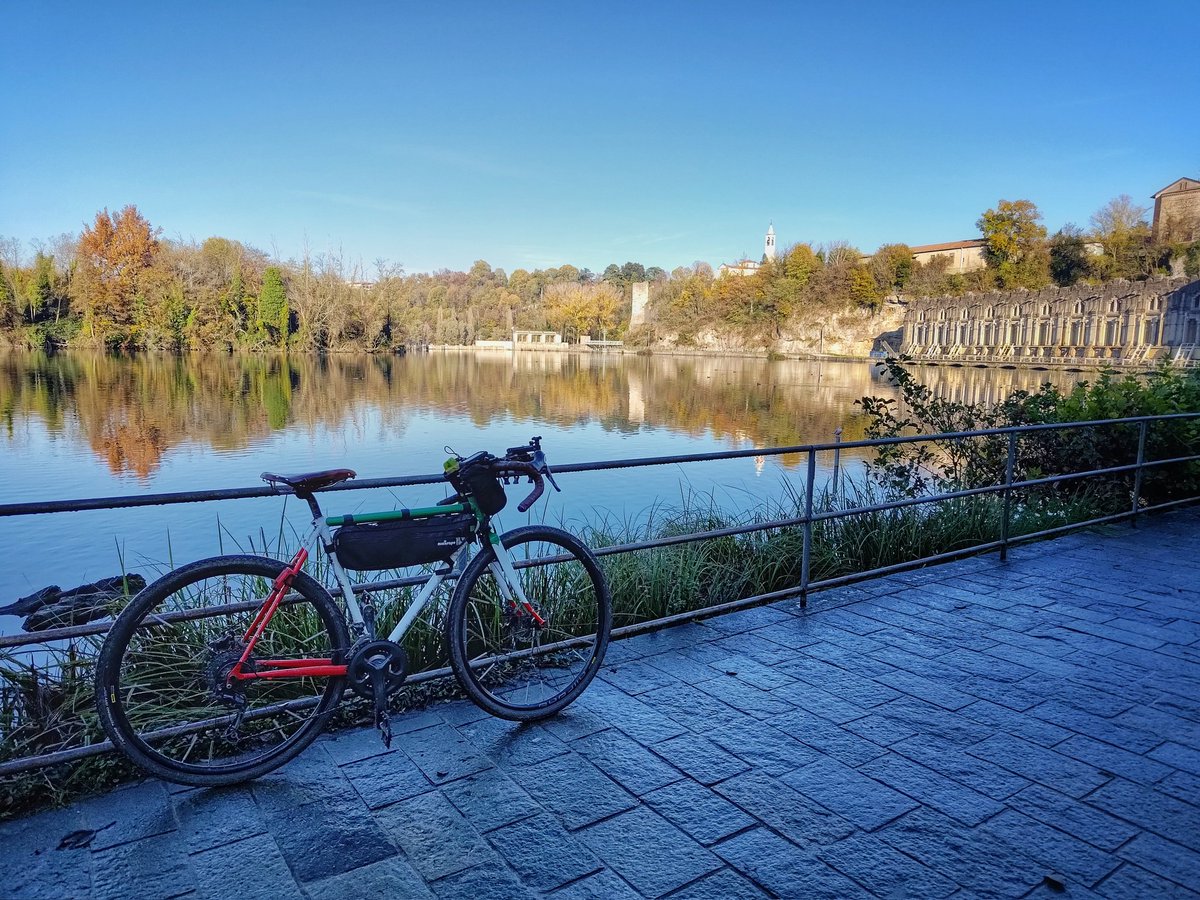 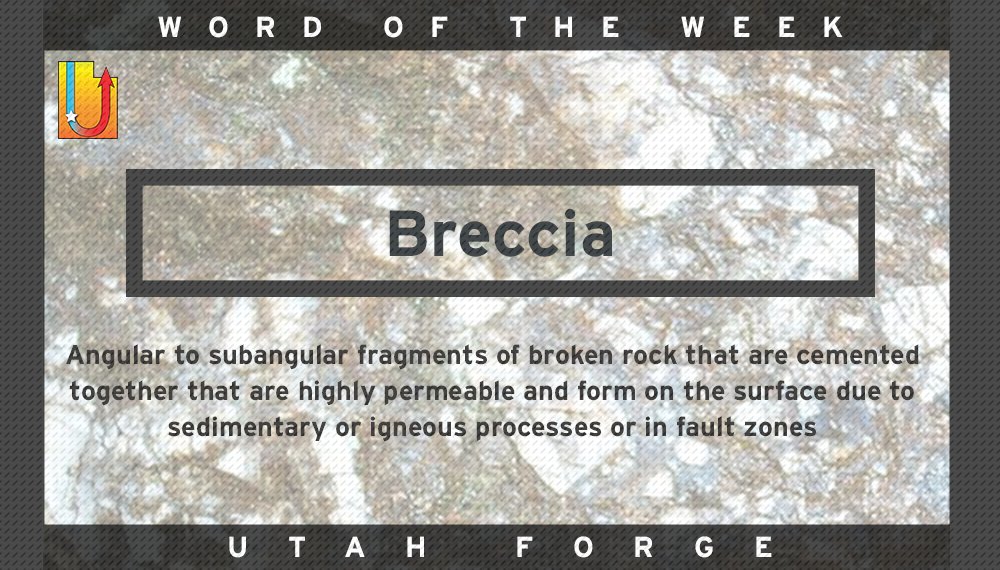 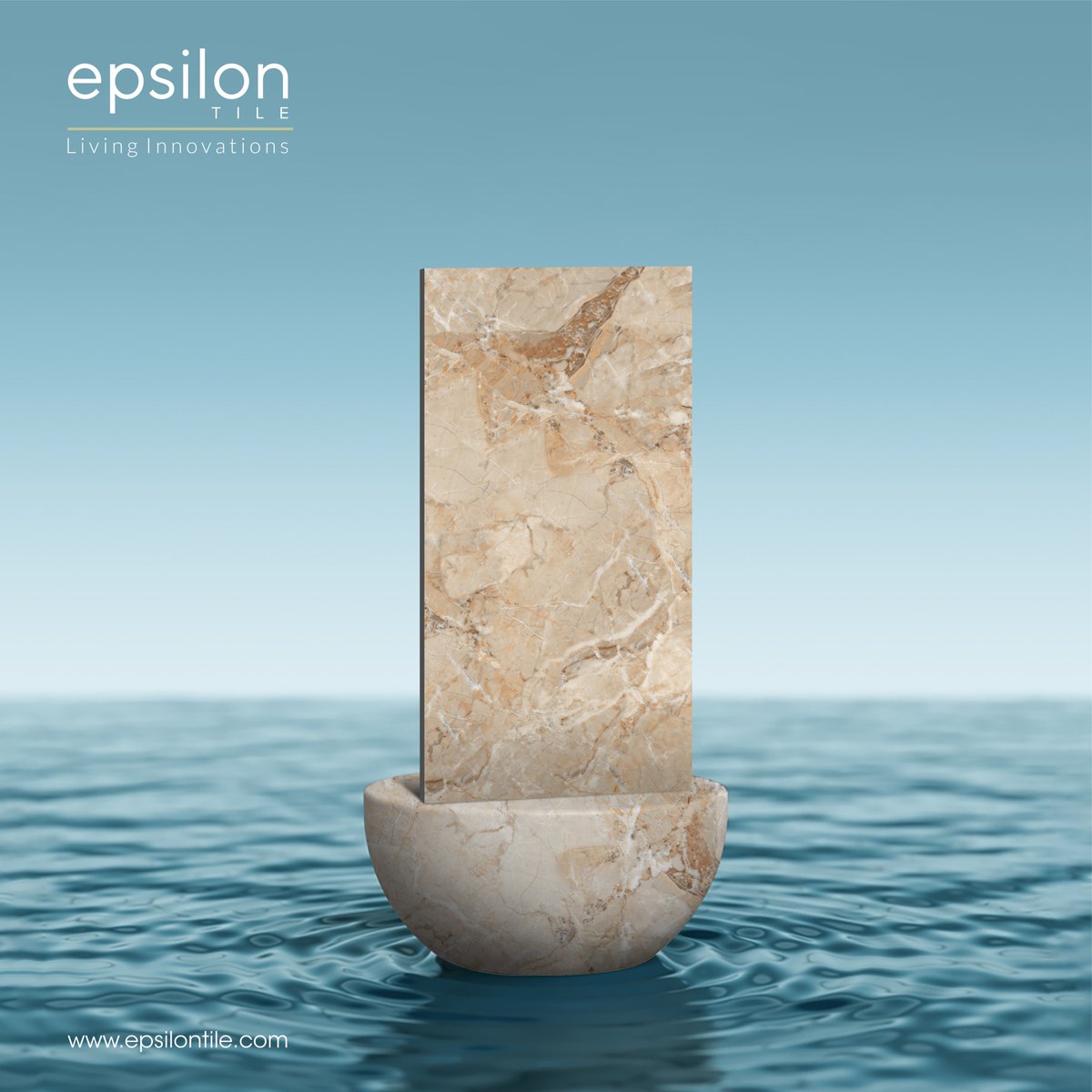 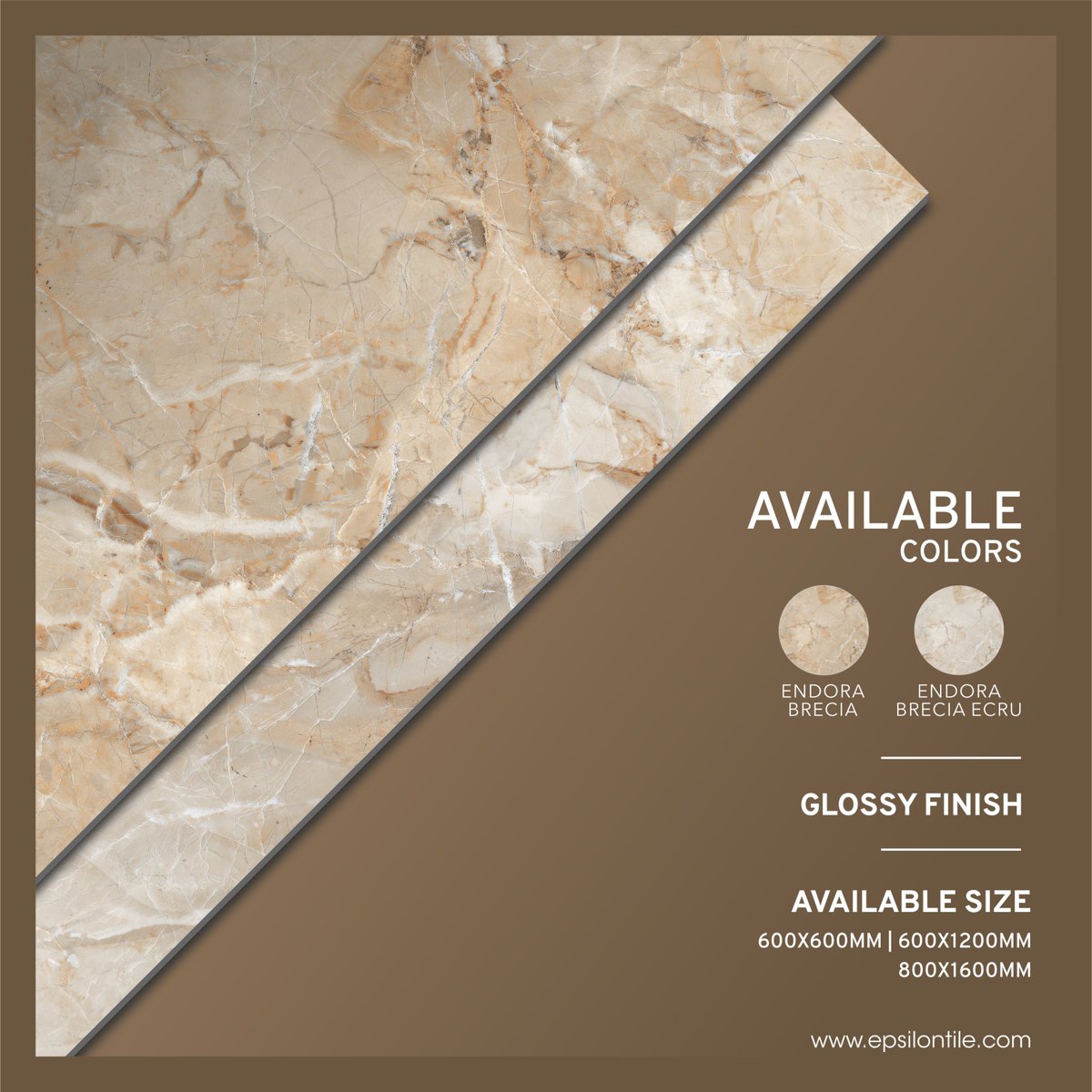 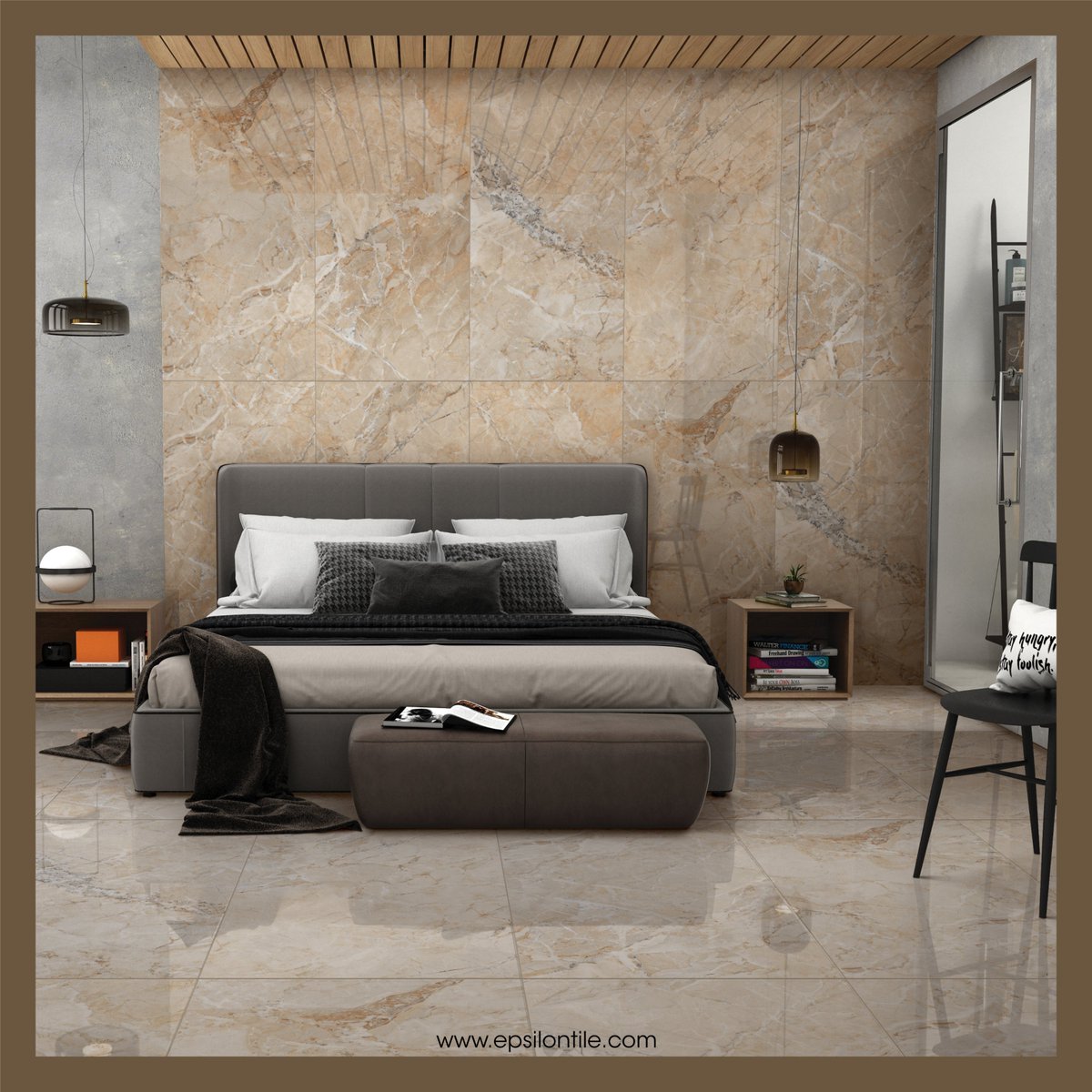