In agriculture seed has the highest ability to limit production and this has been complicated by climate variability. Two seed systems, formal and informal, exist in Malawi and Kenya. The formal seed system is mainly comprised on the multi-national companies where as the inform seed system is traditionally managed by farmers with some support from Farmer Organisations and NGO’s. The formal seed sector only supplies 20% of the seed planted by farmers mostly maize compared to 80% from the informal system. Since 2010, African governments through COMESA and SADC have moved towards regional integration of the seed industry through harmonised policies and regulation system. The recent policies that have been developed with regional integration in mind have not recognised the informal seed sector giving it minimal attention and not regulated. The research would like to understand the events that have led to this situation, who were the champions of the change and how could they be influential for future changes? what was the evidence used to make the shift? is the current policy able to build resilience among smallholder farmers? Capacity to implement and the potential Impact of the policies will also be assessed together with the coordination of the various stakeholders within the policy system. Cross country comparisons between Malawi and Kenya will be done and lessons drawn from both countries for policy design and implementation improvements. The research will be critical for future policy reviews within the agriculture sector and other sectors to ensure greater inclusion and policy impact. 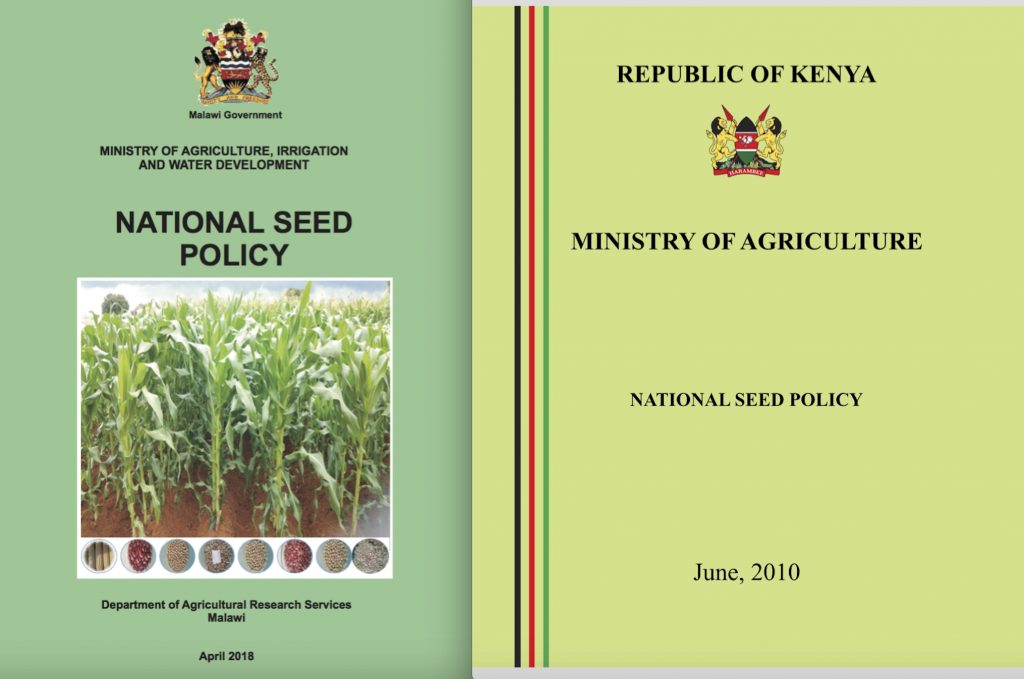